The term ‘Ozone Layer’ is misleading because there isn’t one. Ozone is one of the many gasses in the stratosphere, and without it there wouldn’t be life on earth. The stratosphere lies 15 – 30 miles above the earth, and it protects us by absorbing the harmful ultra-violet rays from the sun. 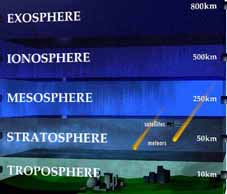 Coal fired power stations emit most of the pollutants

FACT:- Ozone is a pure form of oxygen and is found in the stratosphere ten to thirty miles above the Earth’s surface.

In 1985 British Antarctic survey scientist’s discovered that a giant hole had suddenly appeared in the Ozone layer above the frozen southern continent. More bad news followed in 1989, with the discovery of another ozone hole above the Arctic. The sizes of the holes vary from year to year, but there is no doubt that the Ozone layer is very badly damaged.

FACT:- Reports as far back as the mid ‘1990’s have shown that the hole in the ozone layer is as deep as Mount Everest and as wide as the United States.

Chlorofluorocarbons, better known as CFC’s are thought to be mainly responsible for the destroying to the ozone layer. CFC’s are gasses, which were used as propellants to push out the contents of whatever was inside an aerosol can, be it Deodorant, Paint, Body Sprays etc.

CFC’s are also used as the working liquids in refrigerators and when a fridge is scrapped the gas is released into the atmosphere where it diffuses in the air totally invisible, and gradually rises to the ionosphere. The chemical then destroys ozone.

FACT:-The damage caused is long term. Because CFC’s stay in the atmosphere for approximately 100 years.

They are also found in household fast food polystyrene packaging. Once governments were finally persuaded to find out how much damage CFC’s were doing to the ozone layer, they signed an agreement to cut down their use.

FACT:- Polystyrene foam is completely non – biodegradable. Once it is manufactured, it will never go away.

Due to pressure from campaigners and shoppers, all the aerosols you are likely to use now, are ozone friendly, and do not contain CFC’s. But no aerosols at all are better than ‘Ozone Friendly aerosols’ because these cans may still contain other harmful chemicals. Even with CFC’s removed these cans are rarely if ever recycled.

Here are some of the gasses to be found in our atmosphere. 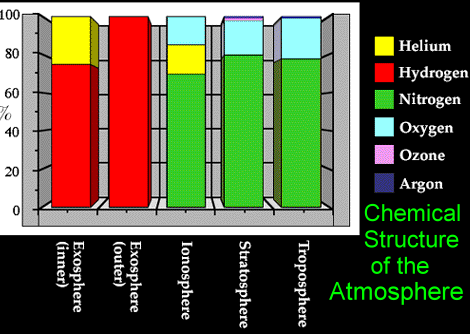 The term ‘Ozone Layer’ is misleading because there isn’t one. Ozone is one of the many gasses in the stratosphere, and without it there wouldn’t be life on earth. The stratosphere lies 15 – 30 miles above the earth, and it protects us by absorbing the harmful ultra-violet rays from the sun.

FACT:- In 1978 the Environmental Protection Agency banned the use of CFC’s in non- essential aerosol propellants throughout the United States.

As ozone in the stratosphere is destroyed, more of the suns harmful ultraviolet rays will get through to the earth. This will cause more cases of skin cancer, especially in fair skinned people and those who like to sunbathe.

FACT:- The Environment Protection Agency predicts that over the next eighty years, more than 150 million people in the United States alone will develop skin cancer if nothing is done to prevent the destruction of the ozone layer.

Also, untold damaged may be done to plankton, the microscopic life in the oceans. Plankton is a vital link in the food chain and also produces oxygen. Plankton will be destroyed by the depletion of the ozone layer.

Also a temperature change of as little as 1 degree ‘C’can kill some of the beautiful coral reef’s around the world, leaving them lifeless and virtuall incapable of supporting marine life.