These pages for in formation purposes only. They are not necessarily the views of the company.The traditional resources of fossil fuels coal, gas and oil are rapidly depleting. They are in fact running out, and alternatives must be found. Nuclear energy can be released by a process called nuclear fission which is when unstable atoms which make up elements like uranium are split, a chain reaction occurs which produces enormous amounts of power. 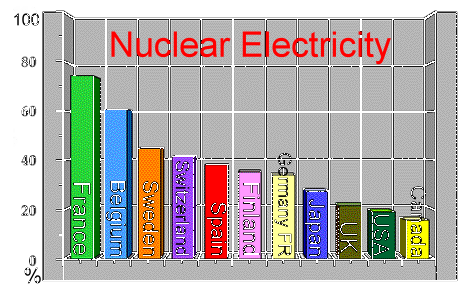 This process is simple. A neutron is absorbed by the nucleus of the atom, which makes it unstable. It is then split into two releasing energy and also creating several more neutrons that in turn strike the nuclei of other atoms, therefore producing further fission.

In a nuclear reactor these reactions are controlled to produce electricity, but in a nuclear bomb the reactions is uncontrolled which can have devastating effects and cause mass destruction. 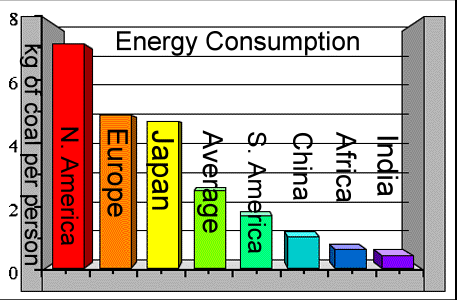 Nuclear fusion is the process, which produces the vast amounts of energy, which are required to make the sun and stars shine. Scientists have been able to re-create this reaction, but so far they have been only to harness this energy for destruction in the form of the hydrogen bomb. Fusion energy has yet to be controlled to produce electricity. Nuclear fusion occurs when two or more nuclei stick or fuse together. During this process same mass is lost and converted to energy.

Nuclear energy is released through a process called nuclear fission. The reactions created by this can be controlled in a reactor to produce electricity. Only a tiny amount of raw uranium compared to huge amounts of coal is needed to produce the same amount of electricity, thereby saving on valuable reserves.

Supporters of nuclear weapons believe that they are a powerful form of deterrent, and that the fear of the destruction they can cause prevents another major war from taking place. Such as at the end of the Second World War when two atomic bombs were dropped on the Japanese cities of Hiroshima and Nagasaki. This happened in 1945 killing more than 200,000 people and causing massive widespread destruction. The argument for nuclear generated electricity is that it is relatively clean, safe and efficient it doesn’t’ pollute the air in the way burning fossil fuel does therefore less damage to the environment. 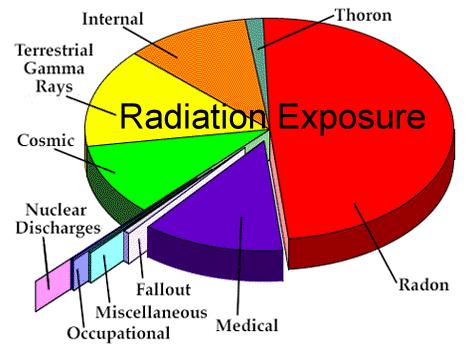 In the 1960’s an organisation was formed to campaign against the production of nuclear weapons. The are called The Campaign for Nuclear Disarmament, or CND They were horrified that nuclear weapons were being made in the name of peace and campaign for all government to disarm their countries as their weapons could literally destroy the world.

Campaigners against nuclear generated electricity, argue that it is not a safe method of producing energy, they say the risk of accidents is huge as in the case of 3-mile Island in America in 1979 and at Chernobyl in the Soviet Union in 1986. At Chernobyl 30 people died and nearly 250 people suffered serious radiation injuries and 135,000 people had to be evacuated from their homes. They will never be able to back to them.

Campaigners also argue that high level radioactive waste remains a threat to people for hundreds if not thousands of years, so safe storage cannot be guaranteed, About 87% of the average amount or radiation to which the worlds population is exposed comes from natural sources.

Wind generators or windmills can vary in size and are normally situated in groups called windfarms. Unlike fossil fuels, windmills do not effect the climate or the balance of the natural environment. They are not particularly noisy nor do the seriously effect the value of the agricultural land on which they are sited. In the search for alternative energy creation renewable sources are being investigated which are safer cleaner and wont run out such as the sun. Solar energy is already being successfully in many parts of the world for heating domestic buildings and water.

The different types of power we have used through the ages can be seen in graphic detail here. 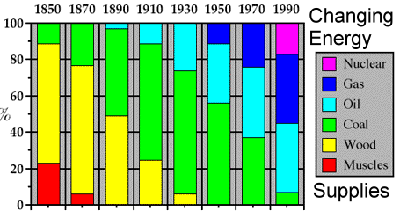 To produce electricity on a grander scale, it has been suggested that solar power stations are built in space, where the sun shines all the time. Solar power is already being harnessed and is used to provide the power for most of the satellites in space.

Unfortunately, at the moment solar power is very expensive and inefficient to produce. This makes it uneconomical to produce large quantities of electricity on anything like a commercial scale. But as technology improves, who knows?

Power can be extracted from water in 3 ways, the tidal rise and fall of a river or estuary can be captured by a barrage and the tidal water passed through a turbine to generate electricity.

In Hydro schemes, huge turbines are driven directly by water from a reservoir or, the run of the river. The mechanical energy of waves at sea may be captured by mechanical wave powered devices and converted into electrical energy.

No other environmental issue has been the cause of such controversy and debate as the alternative energy source of nuclear power, having now read about the various methods of producing power, you can now have your own debate.

Greenpeace takes the view that nuclear energy is an environmentally unacceptable method of creating power and must be stopped. They are campaigning that no more nuclear power stations are built, and that those already in existence are shut down as soon as possible.