Acid rain is one of the worst forms of pollution that we are creating. As the sun warms the earth, water evaporates from rivers, lakes, seas and oceans. Green plants and trees draw water from beneath the soil’s surface and carry it upward to their leaves. It then evaporates from their open pores.

The water vapour that rises in the warm air, is moved as the mass of air containing it moves, and as it rises it cools, eventually condensing into clouds. Every day as much water falls on the surface of the planet as evaporates from it. This is called the Hydrological Cycle.

FACT:- The term ‘Acid Rain’ was first used over 100 years ago by an air pollution expert called Angus Smith to describe polluted rain.

The air into which the water evaporates, and in which it is carried consists mainly of oxygen and nitrogen. But there are other substances as well, present in very small amounts such as nitrogen oxide and sulphur dioxide. Both of these substances can turn into the deadly acids which form acid rain.

Coal and oil power stations are one of the worst contributors to acid rain. Scientist say that they produce most of the man made sulphur dioxide that can turn into the deadly sulphuric acid. Industry also adds nitrogen oxide to the air. 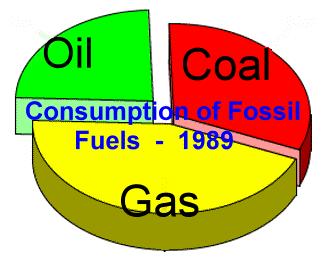 FACT:- Every year more than 25,000 tonnes of sulphur dioxide are pumped into the atmosphere. These deadly forms of acids eventually fall to the ground as acid rain causing widespread damage. 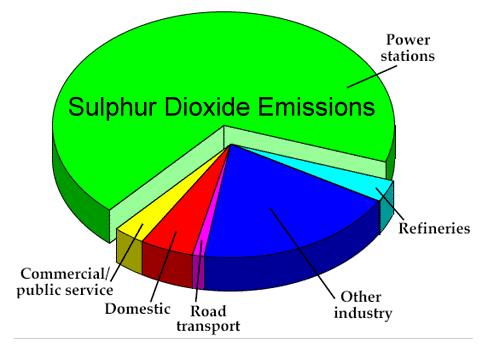 FACT :- The acid rain, which falls, in some parts of Sweden and Scotland is strong enough to kill fish and whole forests.

Cars and lorries produce exhaust gasses such as nitrogen oxide which can turn into nitric acid, then acid rain. More and more cars now have catalytic converters fitted to their exhaust systems during the manufactoring process to remove these harmful and polluting gasses. But unfortunately because of the additional expense,  car manufacturers  in many third world don’t bother to fit these catalytic converters.

Sadly, worldwide there are still millions of vehicles running around that don’t have this safety feature. Simply things like making sure that your vehicle is running correctly and serviced regularly at the appropriate mileage can also make a big difference. A simple example is this:-

If the air filter on the car is not changed or cleaned, then the fuel will not burn properly, this results in extra poisonous exhaust gasses being pumped into the air that we breathe and the atmosphere. There ara many things that can be done to make our vehicles cleaner and greener.

FACT:- Nitrogen oxides can weaken the lungs and cause illnesses such as pneumonia and bronchitis.

Trees depend on nutrients such as magnesium and calcium for their survival. in areas with high amounts of acid in the soil often caused by acid rain these nutrients are washed away and aluminium is produced which may be taken up by the roots.

Then the trees may literally starve to death. This is happening in forests all over the world.

FACT:- Thousands of acres of trees are killed by acid rain every year.

The acid rain falling to earth settles again in lakes, rivers, seas and oceans to start the Hydrological cycle again. The high levels of acidity are killing fish and many other types of water life.

The high levels of acidity in rain, are capable of eating away iron and stonework many priceless feature s on historic building are being destroyed, such as the carvings on St Paul’s Cathedral in London. Some stone work is being eaten away at the rate of almost 3cm every 100 years. This unhappy state of affairs is happening in many places all over the world.